Bringing down the Fever?

I recently travelled with my family.  On the day before our flight back home, my youngest daughter had a fever of about 39.5°C (103.1°F).  She mostly wanted to sleep and cuddle.  I was up with her most of the night, making sure she was hydrated and kept track of her fever.  The only thing I used to make her comfortable was a homeopathic remedy – Febriplex, a homeopathic combination to support the immune system during a fever.

She had a fever the following day, around the same temperature for another 10 hours or so (which made it an easy flight because she mostly slept).  Then, just like that, the cold she was fighting seemed to cease and she was back to herself.

I was pleasantly surprised when I read the newspaper 3 days later – there was an article titled, “Hot under the collar” by Marilyn Linton.  It dealt with the benefits of letting a fever progress its normal course, without bringing it down with medications (Ibuprofen, acetaminophen such as Tylenol etc.).

I always recommend to my patients and especially parents of my pediatric patients to let a fever be, without bringing it down.  Most parents have a hard time seeing their child lying around with obvious discomfort.  Yet this is exactly what their bodies need to do to fight an infection.

So what are the benefits of a fever?

Stimulates the thyroid – helps to increase the metabolism and helps to eliminate toxins at a faster rate.

Increases circulation – during a fever your heart beats faster and you breathe faster, which leads to an increase in blood flow through your organs – this helps to remove the toxins from the bacteria or virus and circulates white blood cells faster.

Increases liver activity – as above the increase in circulation to the liver increases elimination and thus increases the rate the liver makes antibodies to fight the infection.

Increases the amount of interferon – this white blood cell kills infected cells from bacteria, fungi, viruses and even cancer.

So when is the time to worry or interfere?  If a fever gets higher than 41.1°C  (106°F) then this is potentially dangerous because both healthy and infected cells begin to be destroyed (this has been used as a form of cancer therapy).  When a fever gets this high, I usually recommend to go in a tepid bath or use cold compresses and this is usually enough.

The fear of febrile seizures can be paralyzing if you have ever seen a child convulse with a one.  But it has been researched that this reaction (which can happen when a fever rises too fast) – has no long term effects and there is no correlation of these with epilepsy.  There are some great homeopathic remedies that help to reduce significantly febrile seizures.

A fever definitely creates discomfort. However I usually don’t take anything for it and I know many patients and parents who do the same.  So why not let our children deal with it the same way?  Children need to learn to ‘be sick’ and also learn what they need to do when they are sick – rest, sleep, eat little or nothing at all, and drink fluids.

So the next time that you or your child experience a fever, take the time to let it be and do its action.  Especially with children – their immune system will learn and always be able to respond the way it is meant to.  You will be pleased when the length of their infection is much shorter and they really do recover quite well. 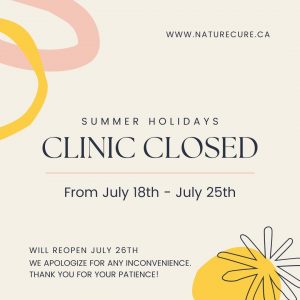